In its second year, the Miami Fashion Film Festival “celebrates the films and filmmakers that creatively examine the art, culture and business of fashion, both locally and internationally.”

The festival runs Wednesday, September 10, 2014 to Sunday, September 14, 2014. The schedule is still being worked on. Tudor and I will be at the screenings. We hope to see you there. 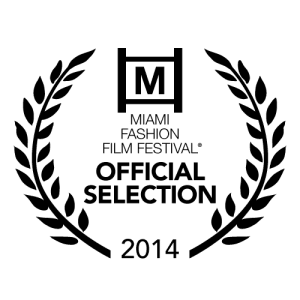