The Legacy Theatre, Branford’s own regional, professional theatre on the shoreline, is back with its opening Mainstage Production of the 2022 season! “I Do! I Do!,” a charming musical about marriage, will play Thursdays through Saturdays at the theatre from April 28-May 14. Workshops and talkbacks will be offered after select performances – visit Legacy’s website for details!

The story of a marriage is at the center of I Do! I Do!, an intimate and nostalgic work by Harvey Schmidt and Tom Jones of The Fantasticks fame. The show begins with Michael and Agnes on their wedding day. Their vows behind them, they look forward to spending the rest of their lives together. We watch as they go through their wedding night jitters, raise a family, and negotiate midlife crises. Then, after 50 years of marriage, the couple leaves their house to the next pair of newlyweds. Written as a star vehicle for theatre legends Mary Martin and Robert Preston, the original Broadway production received seven Tony Award nominations. Kevin Michael Reed, a Branford native who has made a name for himself in Europe, takes the helm as the Director of the production, which will be his US debut. Reed’s directorial credits include X by Alistair McDowall at The Lir Academy, Shadows by CJ Lloyd Webley, and Version 2.0 by Kashyap Raja. I Do! I Do! is also set to star the incomparable Stephanie Stiefel Williams and Al Bundonis in the roles of Agnes and Michael, respectively. Williams, a veteran performer with numerous regional acting credits, is one of Legacy Theatre’s Co-Founders and a former Miss Connecticut. Bundonis, whose credits include roles such as Willie Conklin in Ragtime and the title role in The Music Man, has also played venues from Lincoln Center to Carnegie Hall. Both are members of Actor’s Equity.

This touching tale of two soul mates navigating the perils of life is set to a tuneful and charming score that will have you saying, “I do!” from the moment the curtain rises! Don’t miss out on this stellar production – tickets can be bought online at Legacy’s website, LegacyTheatreCT.org. Tickets can also be purchased in-person or via phone at the Box Office during open hours, which can be found in the footer of Legacy’s website. The Box Office can be reached at (203) 315-1901. Tickets to the production are $35-$60, though patrons can also take advantage of Legacy’s Mainstage Subscription, which includes one ticket to each of the four Mainstage Productions for a discounted price.

The Legacy Theatre is located in the village of Stony Creek in Branford, CT. In keeping with Connecticut Safety Guidelines, masks are required for non-vaccinated patrons when in the building and are also strongly recommended for those who have been vaccinated, though not required. Legacy Theatre has a state-of-the-art air filtration system, and the theatre is cleaned and sanitized after every performance. 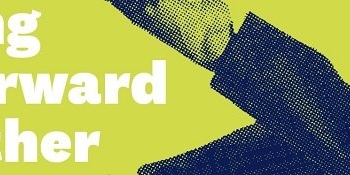